The walking device may be manually powered or motorized by applying motorized power to the crank axles. Klann mechanism is a planar mechanism designed to simulate the giant legged animal and function as a wheel replacement. Here we are using a single leg consists of a six – bar linkage made up entirely of pivot joint that converts rotating motion into linear motion. The linkage consists of the frame, a crank, two grounded rockers, and two coupler is connected using pivot joints. The proportions of each of the links in the mechanism are defined to optimize the linearity of the foot for one-half of the rotation of the crank.The remaining rotation of the crank allows the foot to be raised to a predetermined height before returning to the starting position and repeating the cycle. Two of these linkages coupled together at the crank and one-half cycle out of phase with each other will allow the frame of a vehicle to travel parallel to the ground.

The Klann linkage provides many of the benefits of more advanced walking vehicles without some of their limitations. It can step over curbs, climb stairs, or travel into an area that are currently not accessible with wheels but does not require microprocessor control or multitudes of actuator mechanisms. 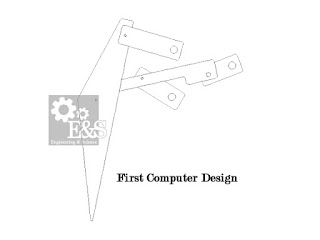 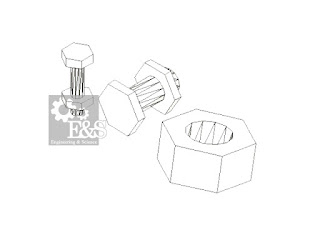 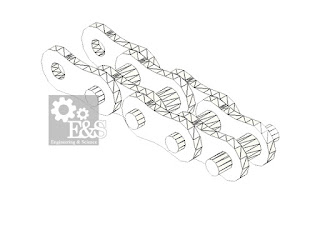 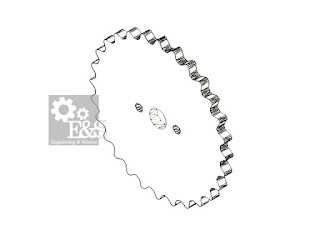 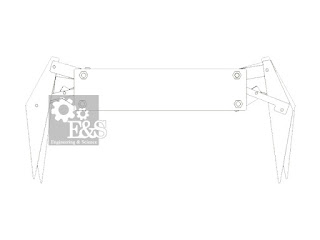 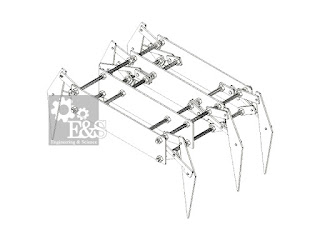 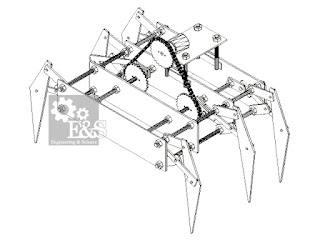 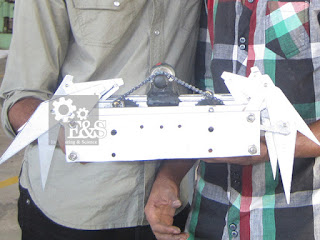 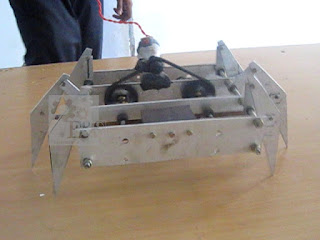 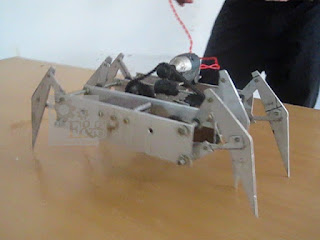 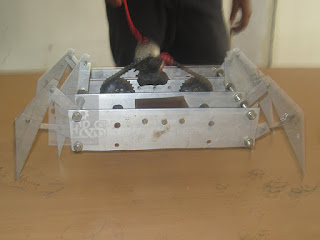 It would be difficult to compete with the efficiency of a wheel on smooth hard surfaces but as condition increases rolling friction, this linkage becomes more viable and wheels of similar size cannot handle obstacles that this linkage is capable of. Toys could be developed that would fit in the palm of your hand and just large enough to carry a battery and a small motor. Six leg mechanical spiders can be applicable for the making of robots. It has a wide range of application in the manufacturing of robots. A large version could use existing surveillance technology to convert your television into a real-time look at the world within transmitting range. It would also relay commands from the remote to the spider bike additional frequencies could be used to operate manipulators for retrieving the mail during unfavorable weather or taking the dog out. In toy industries for making robotic toys it has got many applications. It can also be used for military purpose. By placing bomb detectors in the machines we can easily detect the bomb without harmful to humans. It can be used as heavy tanker machines for carrying bombs as well as carrying other military goods.
It is also applicable in the goods industries for the small transportation of goods inside the industry. The mountain roads or other difficulties where ordinary vehicles cannot be moved easily can be replaced by our six leg mechanical spider. Heavy loads can be easily transported if we made this as a giant one. It has got further application for the study of linkage mechanism and kinematic motions. The geometry and conditions can be changed according to application needs. It can travel in rough surfaces very easily, so this machine can be used in rough surfaces were ordinary moving machine cannot travel.

Popular posts from this blog

March 22, 2011
Four bar linkage are the closed loop kinematic linkage , they perform a wide variety of motions with a few simple parts. This project discusses the design & fabrication of one such mechanism (Four Bar Mechanism). In this project Six Leg Kinematic movement works on Grashof’s principle which states that the sum of the length of the shortest and longest links must be less than or equal to the some of the other two links. However this condition is necessary but nor sufficient. Mechanism satisfying this condition will fall into crank-rocker mechanism, double crank mechanism and double rocker mechanism. A frame, connecting rod, crank & a lever constitute to obtain the required motion. In this project we tried to show mainly the application of simple four bar mechanism. PHOTOS & DRAWINGS APPLICATIONS It would be difficult to compete with the efficiency of a wheel on smooth hard surfaces but as condition increases rolling friction, this li
43 comments
Continue Reading

October 15, 2013
In your view there may be many uses of Speed Humps like Safety, Speed limiting etc, What if i say speed humps can be also used for power generation? you heard me right using a simple setup we can effectively us speed humps for power generation, So why speed humps? After consuming non-renewable source of energy for years people are looking forward for renewable source of energy.Search of energy lead to power generation using sunlight, wind, tide etc. When talking about new source of energy people are asking for effective, renewable, maintenance less, nature friendly energy sources. When talking about energy generation using speed humps all above conditions are matching so this method can be effectively used to power street lights, traffic signals etc. BASIC FLOW CHART MATERIALS REQUIRED Rack Pinion Large Sprocket Chain Small Sprocket Flywheel Large Gear Small Gear Generator Ball Bearing RACK AND PINION GEARS: The rack and pinion used to convert between rotary and
16 comments
Continue Reading